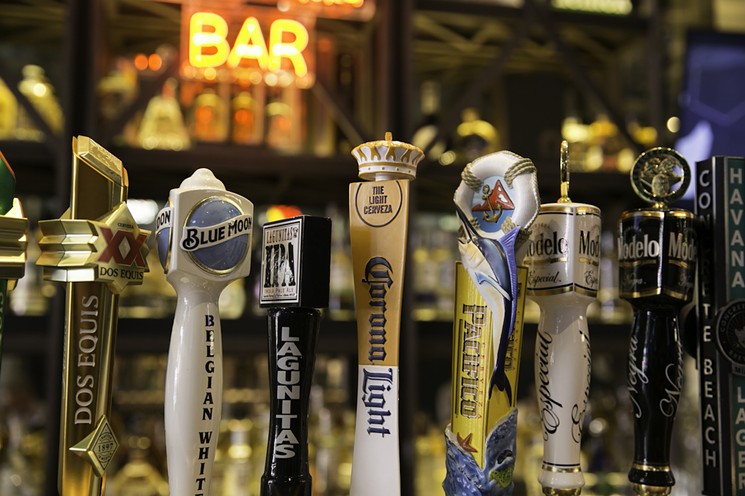 This Sunday, April 7, marks National Beer Day, when brew lovers come together to celebrate the day the Cullen-Harrison Act came into effect 82 years ago. Signed by President Franklin D. Roosevelt, the law allowed the flow of low-alcohol beer and wine after more than a decade of Prohibition.

South Florida’s beer scene is vast and there are plenty of destinations where you can raise your glass to this boozy holiday, but we’ve taken stock of the best special deals and offers for you. So go out and broaden your taste buds while celebrating the oldest drink around.

All offers are good Sunday, April 7, unless otherwise stated.

Bird & Bone. Guests can celebrate National Beer Day at Bird & Bone at the Confidante with chef Richard Hales’ new custom beer on tap, an American blonde ale named Comfortably Numb curated in partnership with Wynwood Brewing. A combination of German pilsner malts, British crystal malts, and Czech Saaz hops blended with spices incorporated in many of the chef’s dishes including his Hot Chicken, it will be available this Sunday for $7 from brunch to dinnertime. 4041 Collins Ave., Miami Beach; 305-424-1234; hyatt.com.

La Cerveceria de Barrio. Hit up any of this bar and taqueria’s locations on Lincoln Road and Ocean Drive to enjoy $4 select draft beers, including Dos Equis, Modelo Especial, and Heineken. Various locations;lacerveceriadebarrio.com.