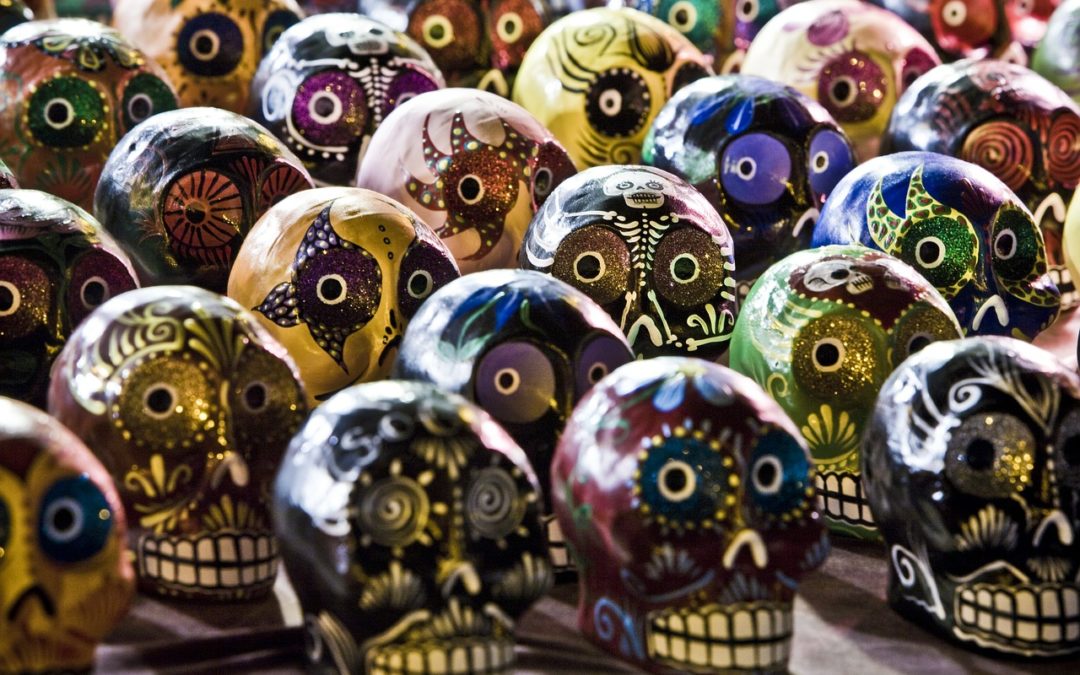 The Greater Miami Area is a fantastic place to celebrate the Mexican (and Mexican-American) holiday known as Dia de los Muertos, or the Day of the Dead. If you’re here observing this joyous celebration of the dearly departed, we invite to enjoy a festive meal at Havana 1957!

Dia de los Muertos: The Day of the Dead

The Day of the Dead tradition, widespread in Latin America as well as in the U.S., has centuries-old roots in Mexico, where it represents a cross-pollination of indigenous Aztec custom and Spanish-imported Catholicism.

Celebrated from October 31st to November 2nd—coinciding with the Catholic observances of All Saints’ Eve, All Saints’ Day, and All Soul’s Day—the Day of the Dead honors loved ones who’ve died with a spirited and happy atmosphere. Foods, beverages, and objects the deceased enjoyed are arrayed along with photographs, marigolds, other and decorations on altars called ofrendas.

Intrinsically associated with Day of the Dead festivities are artistic skulls (calaveras) and skeletons (calacas), depicted not as objects of fear or morbidity but as positive reminders of life and death’s interwoven nature: Mexican versions of memento mori. These calaveras and calacas are often depicted in festive garb and “lively” (if you will) action.

The Florida Day of the Dead Celebration

You’ll find Dia de los Muertos festivities on tap throughout Greater Miami. Among the best known is the Florida Day of the Dead Celebration in Downtown Fort Lauderdale, which happens to be among the biggest formal Day of the Dead observances in the U.S. Taking place Saturday, November 2nd from 2 to 11 PM, it’s a fun, free, and lovely family-friendly party that includes such events as the mariachi-driven Skeleton Processional, the fabulous bazaar called the “Craft Crypt,” an Ofrenda Exhibition, and live music and ballet folklorico dance. The goal, as the organizers note, is a celebration “that maintains and respects the cultural essence of the Day of the Dead tradition, but also interjects a modern aesthetic as envisioned by regional artists.”

Food’s at the heart of the Day of the Dead: food to honor the dead and make the living happy! Whether you’re attending the Florida Day of the Dead Celebration or some other organized festivities, or marking the occasion in your own independent way, we hope you’ll treat yourself to a first-rate Cuban meal at one of our five South Florida locations here at Havana 1957!