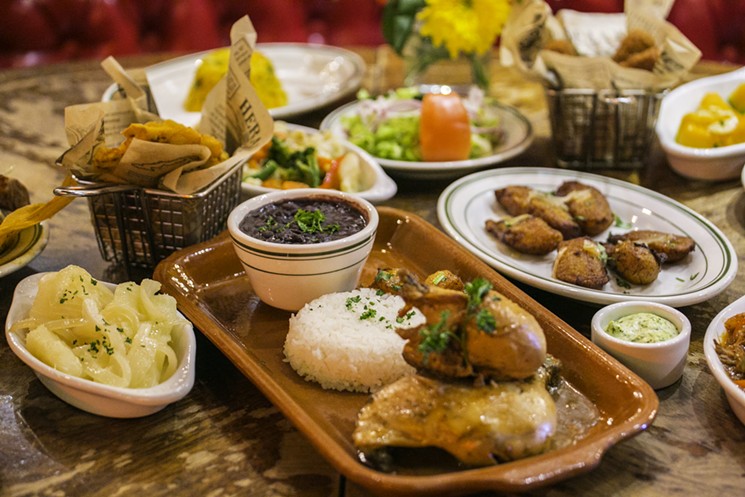 If you’re in Greater Miami this month or next, you’re in luck: You’ll have ample opportunity to satisfy your appetite without breaking the bank courtesy of Miami Spice Months!

This series sees a host of participating eateries offering three-course prix fixe meals: $23 for lunches and brunches, $39 for dinners. It’s quite the steal of a deal, on offer for two full months.

Among the participating eateries is our fellow V&E Restaurant Group establishment, La Cerveceria de Barrio, which serves up some of the very best Mexican cuisine anywhere in South Florida.

Meanwhile, you can avail yourself of outstanding Cuban cuisine—and a seductive vibe inspired by the Cuban capital in its 1950s guise—at Havana 1957. We offer our one-of-a-kind dining experience at five different locations—Lincoln Road, Ocean Drive, South Beach, Espanola Way, and Pembroke Pines—so wherever the Miami Spice Months find you in the metro area, you won’t be far from our mouthwatering fare and winning service!

From our signature La Especialidad de la Casa dish, roasted chicken doused in Cuban gravy that’s based on a traditional family recipe, to our Ocean Drive Grilled Salmon, Cubano sandwich, and lobster-based Enchilado de Mariscos, you’ll find an irresistible smorgasbord on the Havana 1957 menu. The entrees come backed up by such fabulous can’t-order-just-one appetizers as our Croquetas, our Truffle Yuca Fries, our Tostones Rellenos, and our Seafood Cocktail. From mojito pitchers to a perfectly mixed Cuba Libre, you won’t be hurting in the adult-beverage department, either.

For a Havana 1957 breakfast, meanwhile, you have such gastronomic delights as our Bistec con Huevos (Steak n’ Eggs), Tortilla Cubana omelette, and Big Havana Breakfast, comprised of three eggs any style, your choice of meat (sausage, ham, or bacon), and croquettes, breakfast potatoes, Cuban toast, and fresh salad, plus fresh-squeezed O.J. and coffee. A good way to start any day in Greater Miami!

Then there’s our heavenly lineup of desserts, including our Cuban Tiramisu, our Coconut Flan, and our Guava Cheesecake, with a host of Cuban-style coffees—which can be spiked with spirits, if you so choose—to choose from.

Join Us for a Cuban Meal in Miami at Havana 1957

Come visit any of our five locations during your Miami Spice Months culinary explorations and enjoy the best in Cuban cuisine and some absolutely fantastic atmosphere! We can’t wait to serve you.